Waco - A Lesson in History

Looking Back at Waco

On February 28, 1993, the Bureau of Alcohol, Tobacco and Firearms (BATF), raided the Branch Davidians Church, just outside of Waco, Texas.  After a firefight lasting about 2 1/2 hours in which the Davidians continue, through 911, tried to have the firing cease, the BATF finally withdrew, with their tail between their legs.  Body count was four dead agents and four dead Davidians (a fifth died within a few days).  BATF had far more injuries than the Davidians, and they did not accomplish their mission.  Disgraced because of the failure of the ill-conceived plan for the raid, the big brother, the FBI, came in and took charge of the remaining operation.

Mainstream Media began coverage within hours, and would remain for the next 51 days.  However, for the most part, the news that they "gathered", and then fed to the majority of the American people, was nothing more than a rewrite of the daily FBI Press Conference, complete with coffee and donuts.

These events happened before the Internet became readily available, so that alternate media was relegated to fax networking and sympathetic radio talk shows.

Though I arrived in Waco on the evening of March 5, my reports didn't begin flowing until March 8.  Arrangements were made with Ken Varden, who had recently set up operation as the American Patriot Fax Network (APFN), while I continued to write under my recently established Outpost of Freedom.  (See Waco White Papers)

Because of limitations (Ken used two fax machines to fax out each report to 800 people, each report), which it took all night to fax out to all recipients, I was limited to one page faxes.  As a result, my releases were generally a supplement to the broadcast news, or clarification of MSM reported events.

What we didn't know then was what the long-term effects of Waco would be, especially to the patriots of this once great nation.  Time, however, has provided many answers to many questions, and we can also see that many recent events, such as the shooting, by "law enforcement officers", of unarmed people, and then cheap rationalizations to justify the "legality" of those actions, has grown far beyond what occurred, over two decades ago.

Many of those currently involved in patriotic activates tend to look at Waco as ancient history, not realizing what we have learned about the misdeeds of government, and how those have expanded into what has become standard operating procedure of the government.

It is well worth your time to set aside a few hours and "bone up" on that travesty of American Justice.  Look at what we learned over the next six years as a type of after action report from which we can define the Modus Operandi (method of operation) of government, and where it was born. 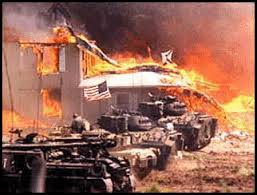 Within the few years following the events of February 28 through April 19, 1993, some investigations were completed, hearings held, and reports filed.  New information came out after the Oklahoma City Bombing, since the tie between Waco and McVeigh's actions were irrefutable.

During this same period, two individuals continued their pursuit of truth over the events in Waco, doggedly finding witnesses, filing FOIA requests, and looking into every nook and cranny, in an effort to expose more of the misdeeds of government, both during those fateful 51 days and the government's continued efforts to cover up the truth.

As more information came out disputing the official version, the government and Congress moved into a defensive posture, setting up the Danforth Commission to "set to rest the idea that the government had done anything wrong at Waco".

The initial report from that commission was published in July 2000, and in their findings, they did establish, at least in the minds of the government, that the government did no wrong -- regardless of evidence to the contrary.

"Waco - The Rules of Engagement" (Academy Award nomination for best documentary - 2:15:51) relives the events, as they occurred, delves into, and challenges, with supporting evidence, many of the lies told by government officials.  This is not what mainstream media reported.  Rather, it is a presentation of events, unclouded by the FBI Press Conferences.  It includes portions of hostage negotiation discussions (kept from the public during the standoff) that dispute the public asservations then being made and published.  Finally, it begins comparing information and evidence that was brought to light through the persistence of Mike McNulty and David Hardy, which further dispute certain claims made by the government officials.

By the time you have finished watching this video, you will have a new understanding of those events of twenty-two years ago, and we will see that the tactics applied against the Church in Waco, Texas, have continued and expanded, so that at present, we can see the manifestation of a criminal government and the establishment of impunity for those actions. 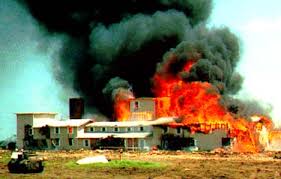 The Danforth Commission concluded, contrary to the evidence, that the government had done no wrong.  While that Commission was rationalizing the actions of the government, Mike McNulty and David Hardy continued their investigation, via both interviews and FOIA requests for documentation.  Even before the initial report from the Danforth Commission, "Waco - A New Revelation" (Documentary film - 1:49:50) became available.

Speculation, however absent any proof of involvement by the military, of snipers shooting those who tried to leave during the fire, and of possible ties to the White House (Bill Clinton), had persisted early on.  For example, one of the Davidians, a British citizen, who, after he left Mt. Carmel and was taken into custody along with the rest of those who came out of the fire, was released at the request of the British government and returned to England. He revealed to me in a phone conversation that when women and children tried to leave through the kitchen door, into the back courtyard, they were being shot.  He told me this in confidence and assured me that he would never admit to what he had told me, as he did not want to take a chance of being returned to the United States to stand trial.  Absent any corroboration, I could not publish what he had revealed to me.

You will hear some disclaimers from the government, such as that the Army was not involved (true, as the military involved was detached from the Army) and that the Delta Force was not involved (true, since the official name of the group is Command Application Group, assigned to the President's command), and other obvious misrepresentations presented to evade an honest answer to the questions asked.  However, you will see that some of the facts are available, and that the unfortunate, for government, truth is coming out.  And, as these truths are revealed, you will see the government in a way that you have never seen them, before.

You will also see that snipers were, indeed, shooting into the courtyard, though the government insists that what you see is not what you see.  And, that is a whole other story, but we will get there.

If you were upset after viewing Rules of Engagement, you will sickened as you see the government intent to justifying, rationalizing, and downright lying, about those events, even to the point of rewarding those who were participants in the activities.

Finally, and this question has long been asked, was Lon Horiuchi, the sniper who murdered Vicki Weaver at Ruby Ridge, Idaho, just months before the assault on the Waco Church, present during the events at the latter.  You will see written proof that he was in charge of one of the three sniper teams deployed to assure that "no harm would come to the women and children".

As you watch this video, you will see members of Congress assert "truths" that have no foundation in fact, absolutely contrary to logic and reason, born, we may surmise, from their desire to protect government agents from any accusation that the are less than honorable, honest, forthright, and truthful.  You will be appalled at the political machinations of those we have allowed to enact laws and run government. 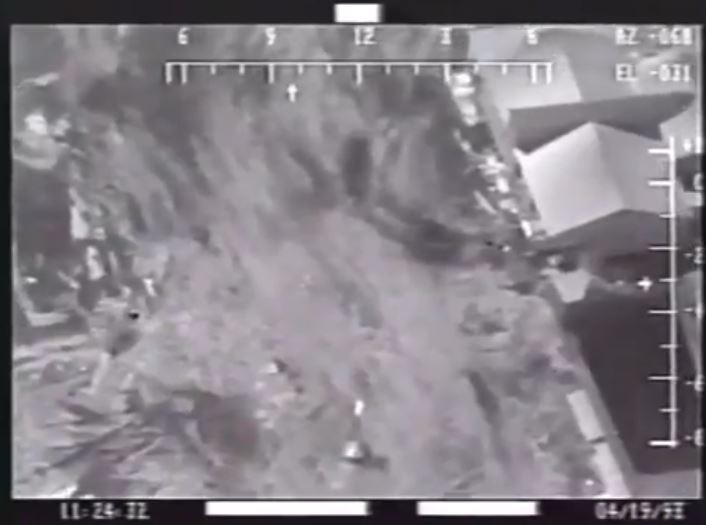 The "Rules of Engagement" documentary brought forth the possibility that the infra-red imagery (FLIR - Forward Looking Infra-Red) taken by the FBI showed that snipers were shooting into Mt. Carmel Church, keeping those inside from exiting during the fire.  The Danforth Commission ordered a "re-creation" of the event, at least with regard to gunfire and FLIR, as to  whether the imagery could possibly pick up gunfire, and, if so, would it appear as represented in the documentary.  The results of this government exercise were included in the Danforth report.

When the producers of the two documentaries reviewed the report, they questioned the accuracy of the "re-creation", and found that many of the methods were, to say the least, fabrications, since different rifles and ammunition were used.

"Waco - The FLIR Project" (34:10) reviews the government testing and conducts their own, using correct weapons, ammunition, and as much as possible, other conditions existing on April 19, 1993.

The viewer will have to judge, however, the last ten minutes of this study leaves with the understanding  that if the study was properly conducted, it provides convincing proof that the FBI imagery from April 19 does show that there was automatic gunfire directed towards at least two locations, during the fire, which resulted in the deaths of over eighty people, including women, children, and infants.